How Can I Match My Kundali?

Marriage is not a marital alliance unless the Kundalis are matched. Horoscope matching, Guna Milan, or Kundali matching plays a crucial role when it comes to marriages. For this, we have the best kundali matching online free software. According to Hindu customs, marriage is a sacred bond and requires all the sorts of affirmations and validations from astrologers before the bond is formed. If taken realistically, this sounds perfect. Today, more and more arranged marriages can rely on astrology as we have no family background or any kind of history of the potential in-laws.

We all look for the right family and our soulmate. However, it is very important to know the board prior to the wedding as it displays all the information you require for a happy married life. Although it is often deemed orthodox in the modern world, it is essential to know what’s coming your way in this huge milestone you’re reaching. Everybody, deep down, wants to see this reality; people are too timid to accept it.

Vedic astrology did not appear out of anywhere or sheer boredom. It is a science, and it has calculations and planetary positions affecting your fate. It is also about declaring whether or not a couple is made for one another, but it is also used for people to nullify the negativity surrounding the Kundali matching.

The question remains – what all does Kundali matching require? How is it calculated?

First things first, the two Kundalis are matched on the basis of their horoscope or natal chart. The factors that are considered are

Along with that, the most essential factor that is considered for Kundali matching is the Guna Milan or AshtaKoot Milan (Ashta stands for eight, Koot stands for aspects). This is entirely based on the moon’s position in the groom’s birth charts and the bride. These eight aspects are-

These are the significant aspects to consider to match a Kundali, based on which you are declared a successful match. So try our best kundali matching online free software. Remember never to take things in your hands and always consider consulting an expert astrologer.

Did you come to know after getting married that there is Nadi dosha in your horoscope. Don’t worry. We have many solutions for this. First of all, know this thing that what is Nadi Dosha.A Read more… 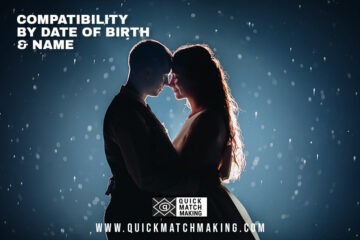 Horoscope Matching by Name and date of birth

So this is about Horoscope Matching by Name and date of birth because you It has been seen many times that you do not get along with your partner. There are some people whose names Read more…

Astrology Secrets behind the Name Changes – By Astrologer Ashok

Your name is your fortune. What is hidden behind each and every letter of your name? Know the name change astrology rules by Ashok Prajapati. William Shakespeare’s famous quote from Romeo and Juliet says, “What’s Read more…