Published by Ashok Prajapati on October 18, 2018

How will be family after marriage this is a big question especially for women. If this is your question also you can also post your questions in the given form below.
After marriage, when the young man and the woman establish relation as husband and wife, it is not only the relations of a couple but the relationship between the two families. This is the characteristic of our Indian society and there are so many other customs, traditions which we follow in our society.

Therefore it is very important to have an atmosphere of harmony in the family. Indian joint family consists of the parents, husband-wife, uncle-aunt, grandparents etc. That’s why, in the Indian families, marriage does not stand only on the relationship of husband-wife but it also involves the cooperation of both the families of both husband and wife.
Today, through this article, I will try to share my views on this subject with you. By the way, every person knows what the family is and what role the family plays in a married life.
One of my clients Geeta Sahni lives in Bangalore. While expressing her thoughts she said something that might seem slight abnormal to you. She wants that she will get married to a person who shall not have a big brother. The reason behind it Geeta reveals that the marriage relationship of her elder sister was disrupted because her husband’s elder brother, had a lot of interference in the house of her sister, and the interference grew so much that the sister of Geeta divorced her husband.

Similarly, I have another client named Madhu Mukharjee. She says that she will marry with the boy who shall be the only son of his parents.
Similarly, there is another client, named Shranya who lives in Chennai. Her sister’s marriage has been done in a big family. In the situation of any dispute, the whole family gets together and gets ready to settle the dispute. Thus, she feels that her sister is very happy in that big family. She says she would like to marry in the similar type of family.
Through all these examples, the questions come in our mind that what the family is? After the marriage, which are situations in the life of a person that makes the marriage very successful or failure? Why do people want to get married either in a small family or in the big family? All this depend on the circumstances, the big family has its own advantages and the small family has its own characteristics.

For the girl, the family of her future husband is very important. Because she has to leave her house to get settled in the house of her husband and later she has to adjust herself according to the environment of the home of husband.
But there are some girls like Sunidhi. She is from Pune, Sunidhi says that wherever my marriage will be, I will always keep my husband and family happy, make sure they will not suffer any hardship. I will do all the relatives of my in-laws in my favor. It has happened because behind this self-confident, there was the planetary situation in her horoscope. In her horoscope Mars is in the second house of his horoscope.

Now we come to the astrology, astrology says that if you have moon in the second house of the navmansh chakra of your horoscope then your marriage will be in a very rich family. On the contrary, if Saturn, Rahu or Ketu occupied the second house of the ninth chakra of the horoscope, then the marriage will be in a relatively small family or a financially poor family.
If you want to get the marriage prediction or you want to know about the level of the family of your future life partner and about his / her family. Then you can take our marriage prediction service. Through this service we answer every question related to your marriage, click for more information. 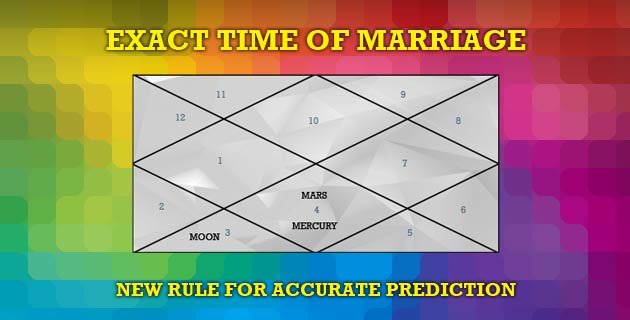